Jodhpur also called "SURYANAGARI", the second largest city in Rajasthan is popularly known as the "Blue City". The name is clearly befitting as most of the architecture – forts, palaces, temples, havelis and even houses are built in vivid shades of blue. The strapping forts that tower this magnificent city sum up to a spectacle you would not want to miss. The mammoth, imposing fortress of Mehrangarh has a landscape dominating a rocky ridge with the eight gates leading out of the fortress. The new city is located outside the structure. Jodhpur is also known for the rare breed of horses known as Marwari or Malani, which are only found here. Jodhpur marks its origin back to the year of 1459 AD. The history of this prosperous city revolves around the Rathore clan. Rao Jodha, the chief of Rathore Clan is credited with the origin of Jodhpur in India. The city is known to be built in place of the ancient capital, Mandore of the state of Marwar. Hence, the people of Jodhpur and surrounding areas are commonly known as Marwaris. Also, it is believed that the relics of Mandore can still be witnessed in the Mandore Gardens. 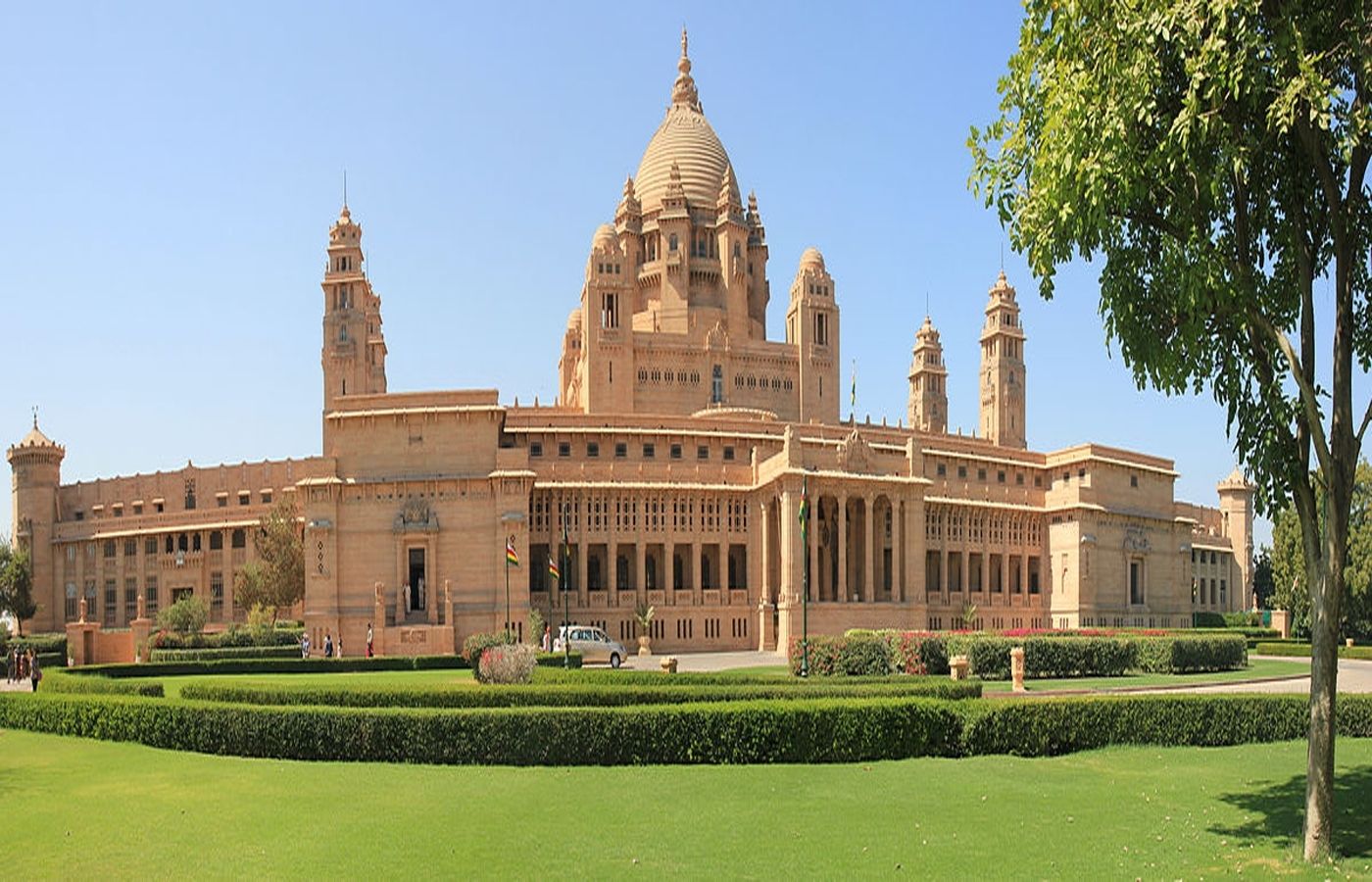 Umaid Bhawan Palace was built by Maharaja Umaid Singh in 1929 to counter a famine which had hit the state at the time. It was also known as the Chittar Palace while being constructed thanks to the use of stones drawn from the Chittar hill. The palace was designed by HV Lanchester, a renowned British architect, and was completed in 16 years. Built with sandstone and marble, the architecture of the palace is described as a blend of lndo-Saracenic, Classical Revival and Western Art Deco styles. It is recognised as one of the largest private homes in the world and also one of the more spectacular buildings. It is the only palace built in the 20th century. 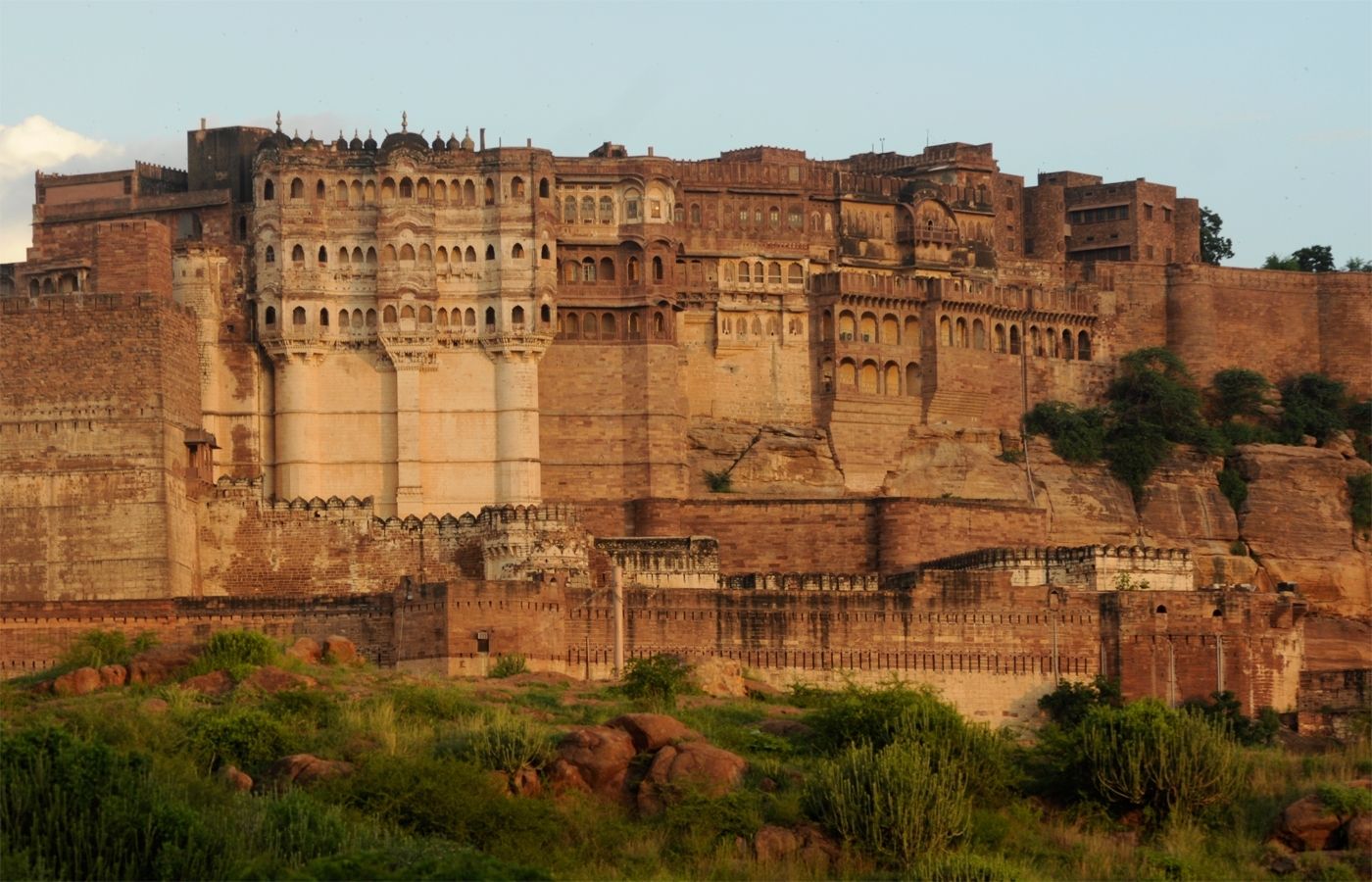 Rising perpendicular and impregnable from a hill which is 125 metres above Jodhpur’s skyline is the Mehrangarh Fort. This historic fort is one of the most famous in India and is packed with history and legends. Mehrangarh Fort still bears the imprints of cannonball attacks courtesy the armies of Jaipur on its second gate. Chiselled and sturdy, the fort is known for its exquisite latticed windows, carved panels, intricately decorated windows and walls of Moti Mahal, Phool Mahal and Sheesh Mahal. 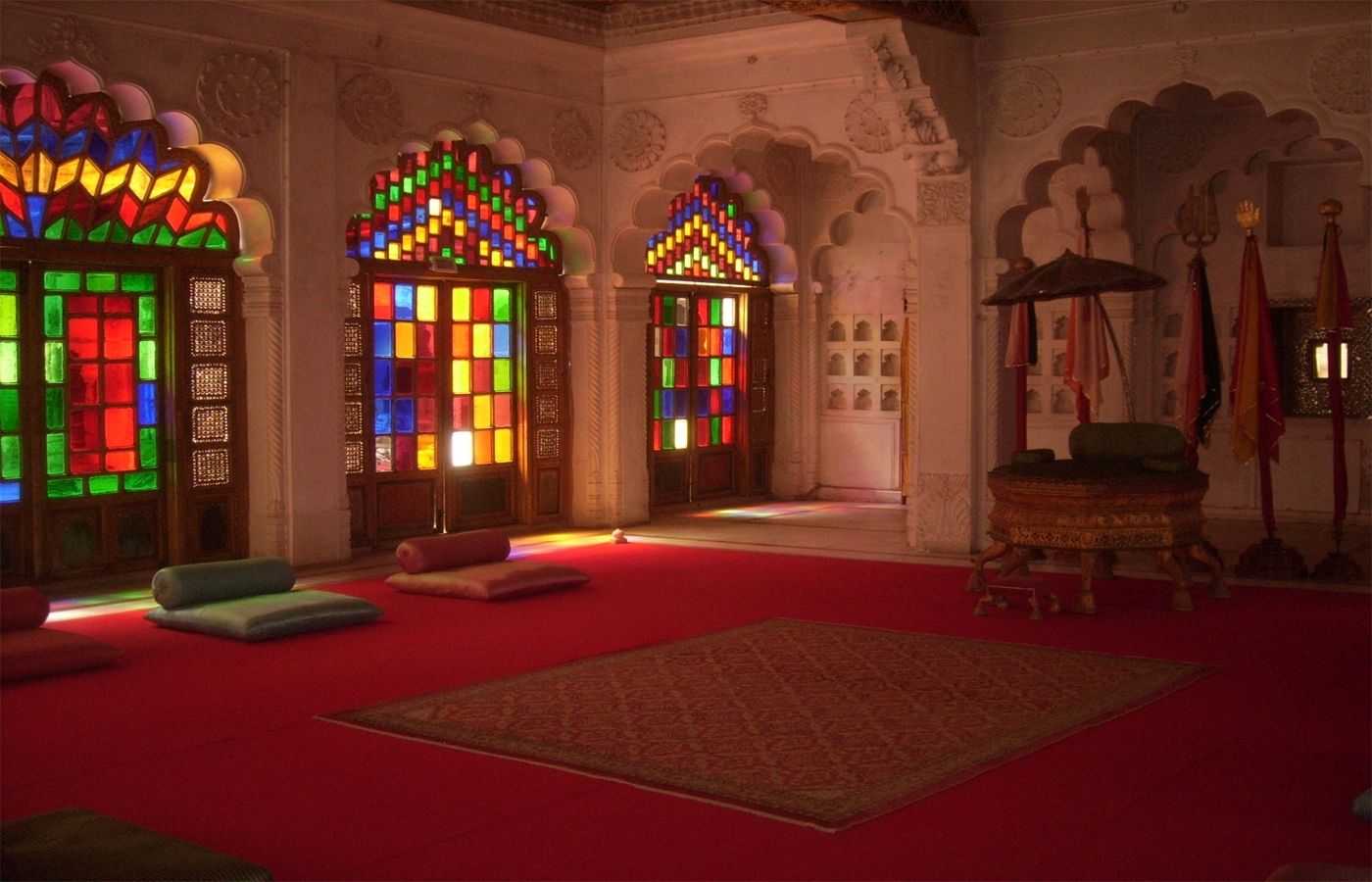 Moti Mahal, as the name suggests, is the Pearl Hall where the royal families held their audience. The hall is known to have glass windows and five nooks that enabled the queens to listen to the proceedings taking place in the Sringar Chowki, The Royal Throne of Jodhpur. 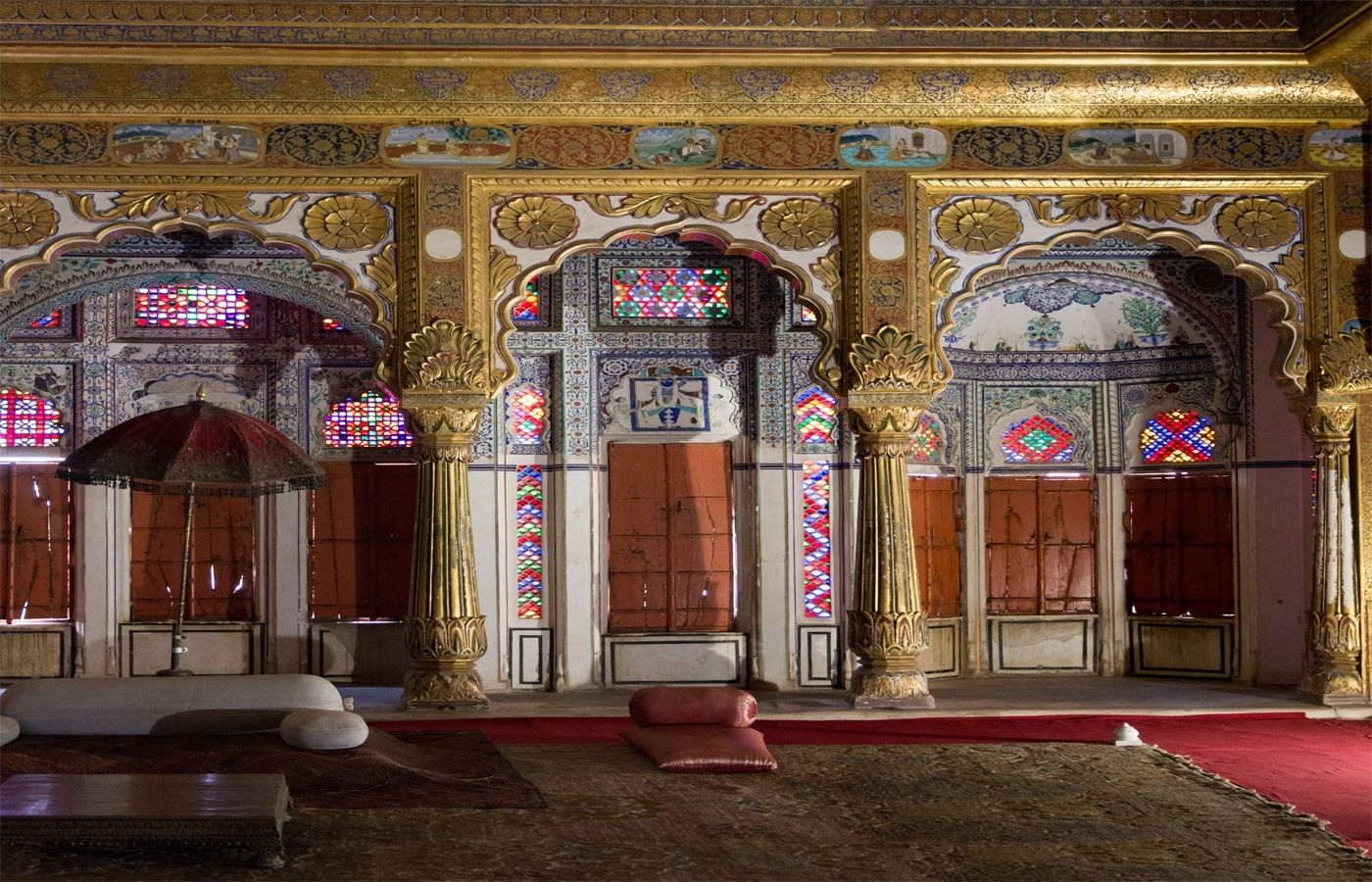 Going by the name, the Phool Mahal or Flower Hall is the most exorbitant of all the halls in the palace. This beautiful chamber is said to be the pleasure dome for the Maharajas. The gold used for constructing the Mahal came from Ahmedabad, Gujarat. 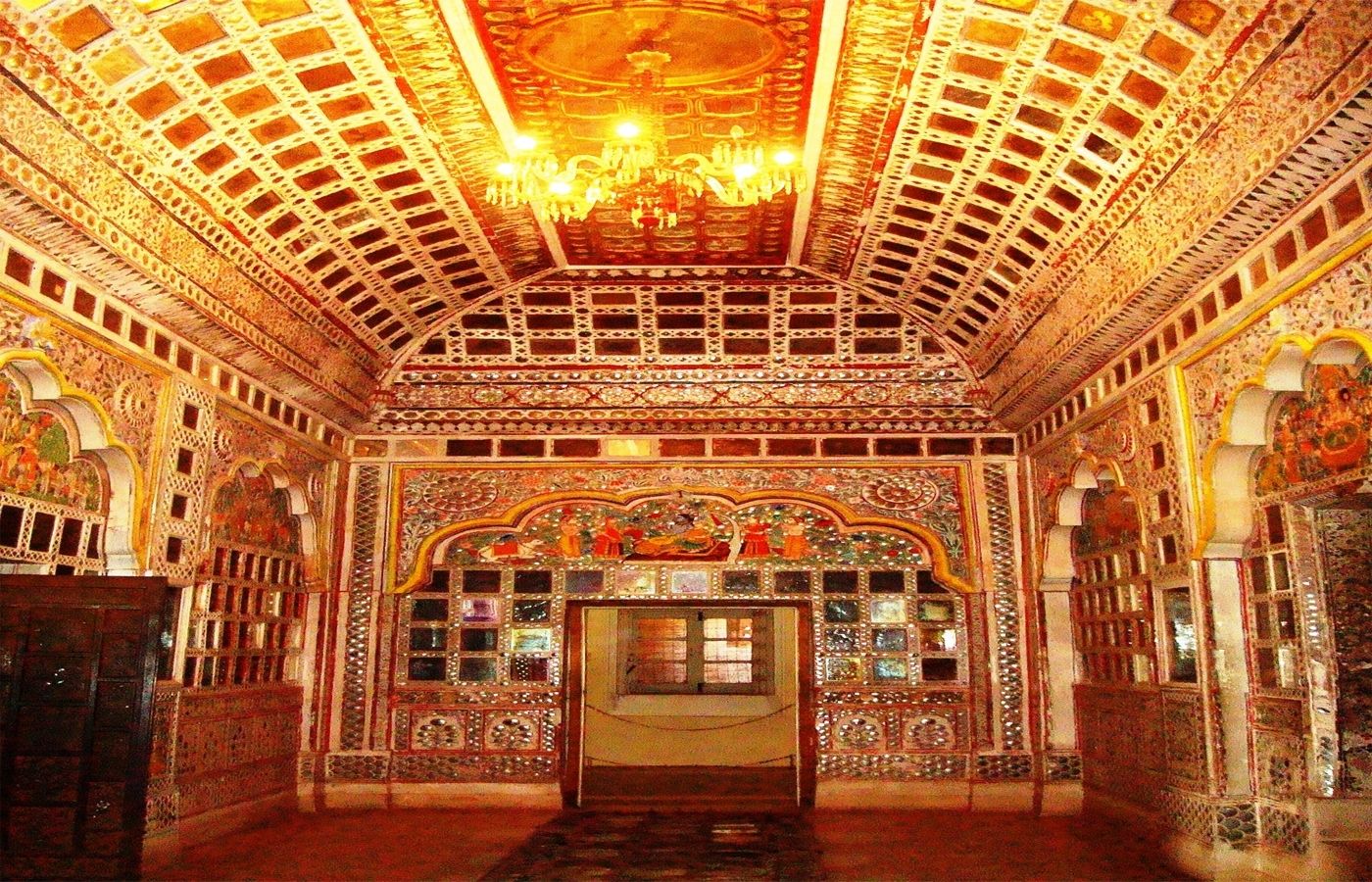 Situated within the compound of Mehrangarh Fort is the glass palace of Jodhpur, popularly known as Sheesh Mahal. This magnificent piece of architecture is adorned with walls of mirror work that stretch across ceilings and to the floors. It is superimposed by the mirror work of brightly painted religious figures cast in plaster. 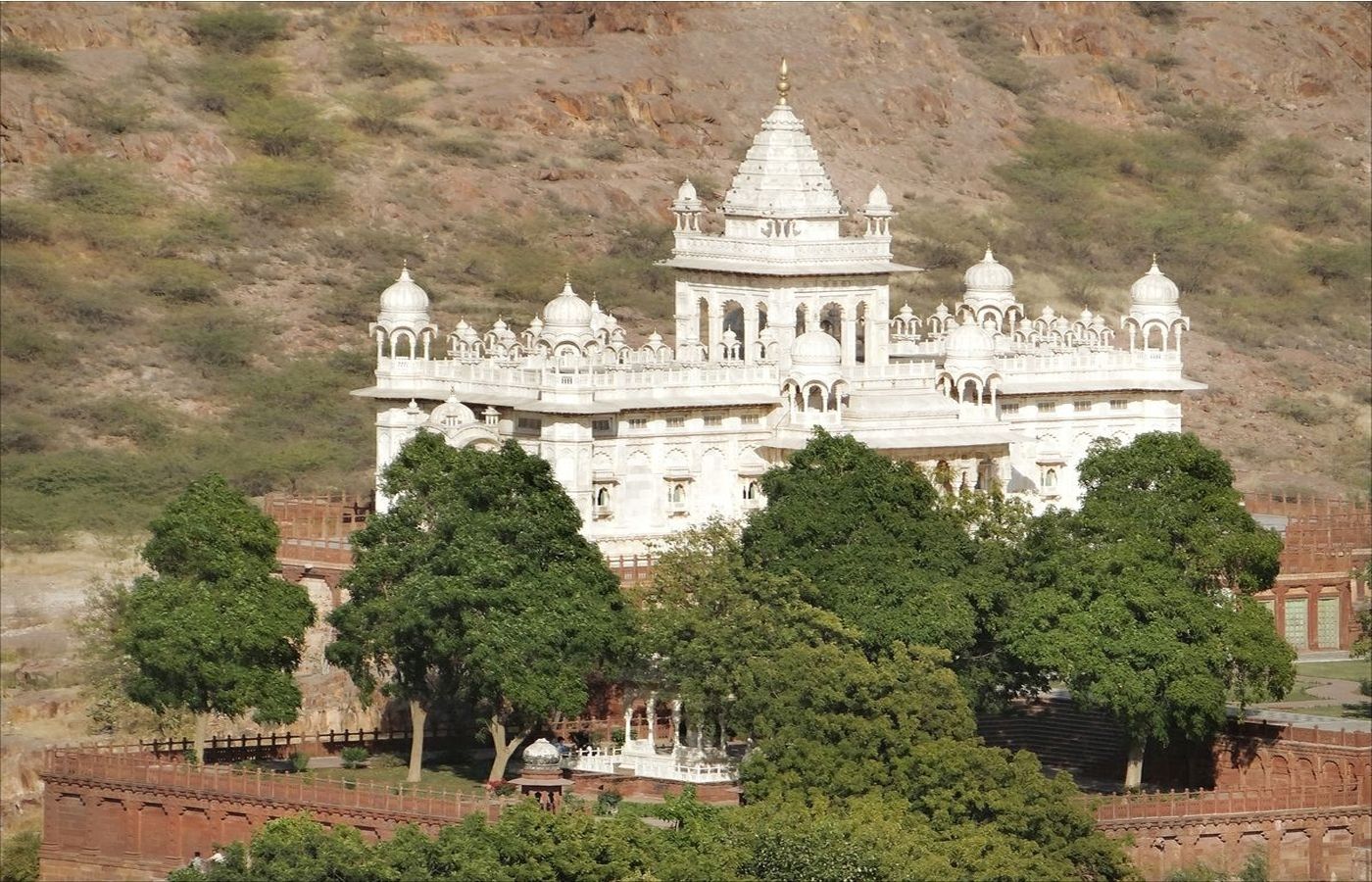 This milky white memorial built towards the end of the 19th century as a tribute to the leader Jaswant Singh is a huge tourist attraction. Jaswant Singh, who ruled Jodhpur, invested well in his state. He made attempts to bring down the level of crime, subdue dacoits, built railways and broadly worked on raising the economy of Marwar. Jaswant Thada is managed and looked after by the Mehrangarh Museum Trust (MMT) and is open to public. The Trust is operating a Museum in Jaswant Thada displaying portraits of Marwar rulers along with informative didactics – the information serves as orientation space to understand the history of Marwar through the Portraits. Its grounds serve as a serene venue for morning concerts during music festivals such as the Rajasthan International Folk Festival and the World Sacred Spirit Festival. 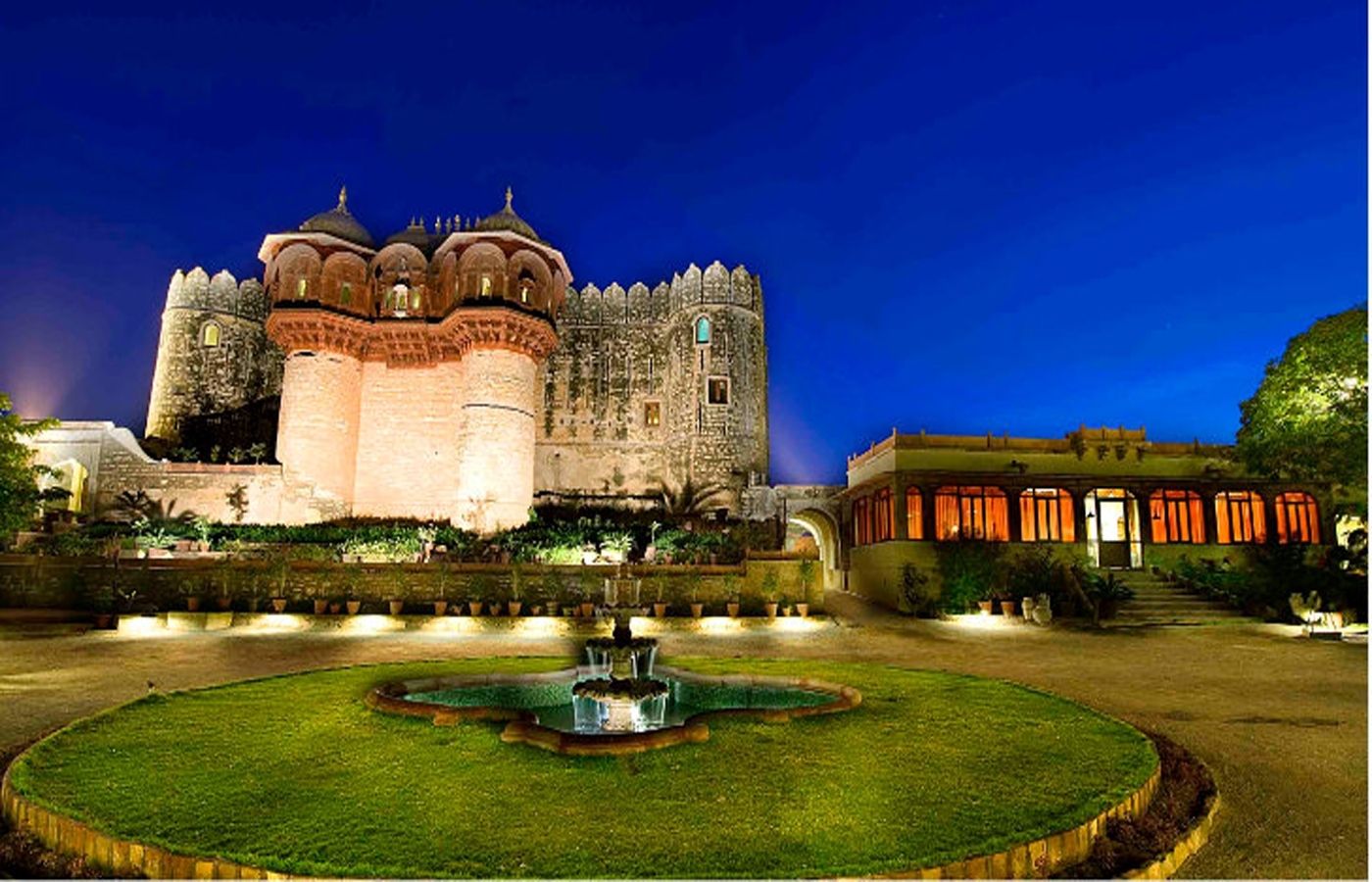 Located 85 kilometres from the main city, the 400-year old Khejarla Fort is situated in a rural setting. The stunning red sandstone monument, now a hotel, is an example of Rajput architecture. Visitors will be mesmerised by the fort's picturesque settings, latticework friezes and intricate Jharokas. 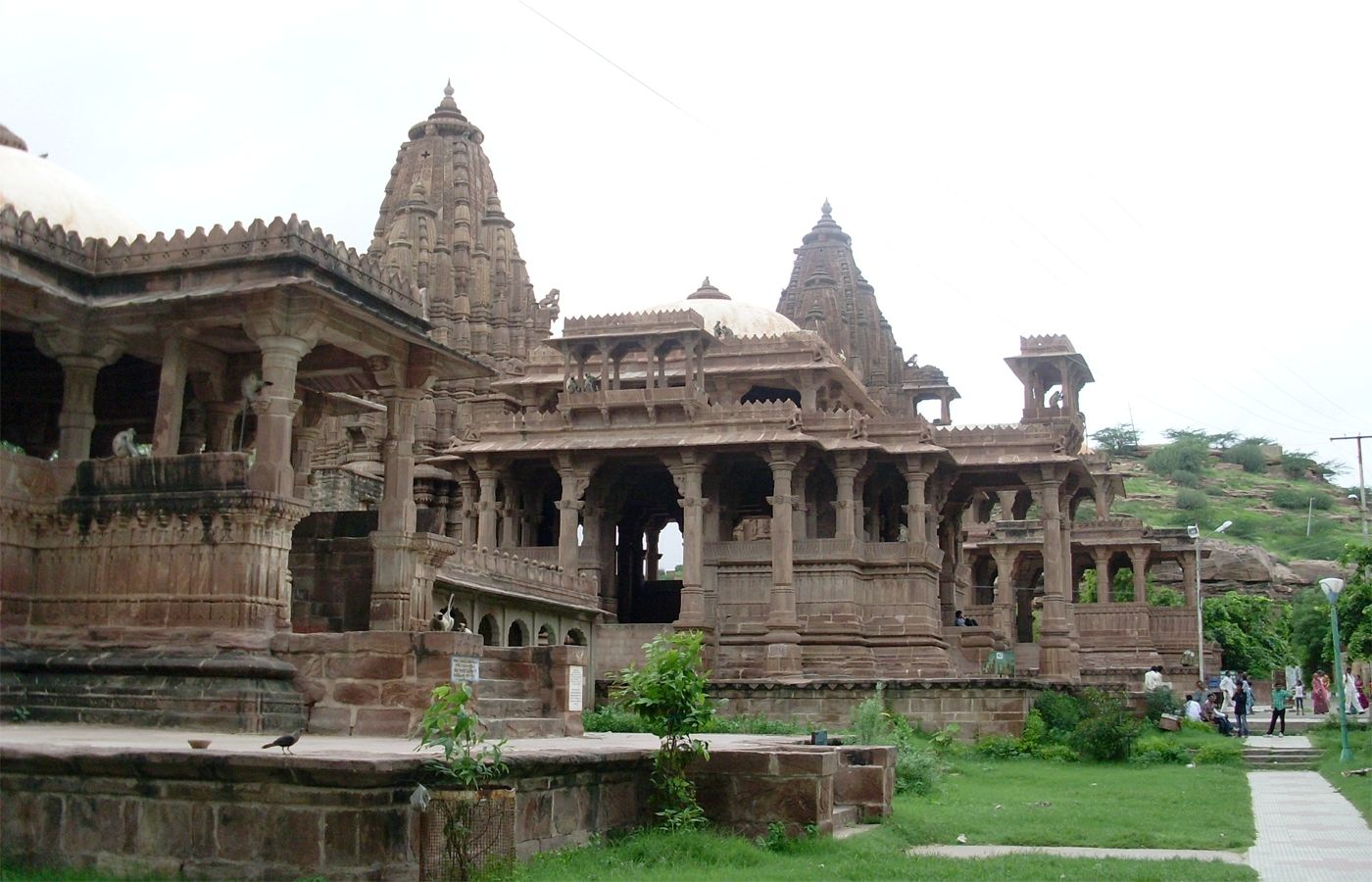 Towards the north of Jodhpur is the ancient capital of Marwar, Mandore. This area is of major historical importance and you will find the dewals or cenotaphs of Jodhpur’s former rulers. Unlike the original chhatri-shaped cenotaphs that are typical patterns of Rajasthan architecture, these are built along the lines of Hindu temples. 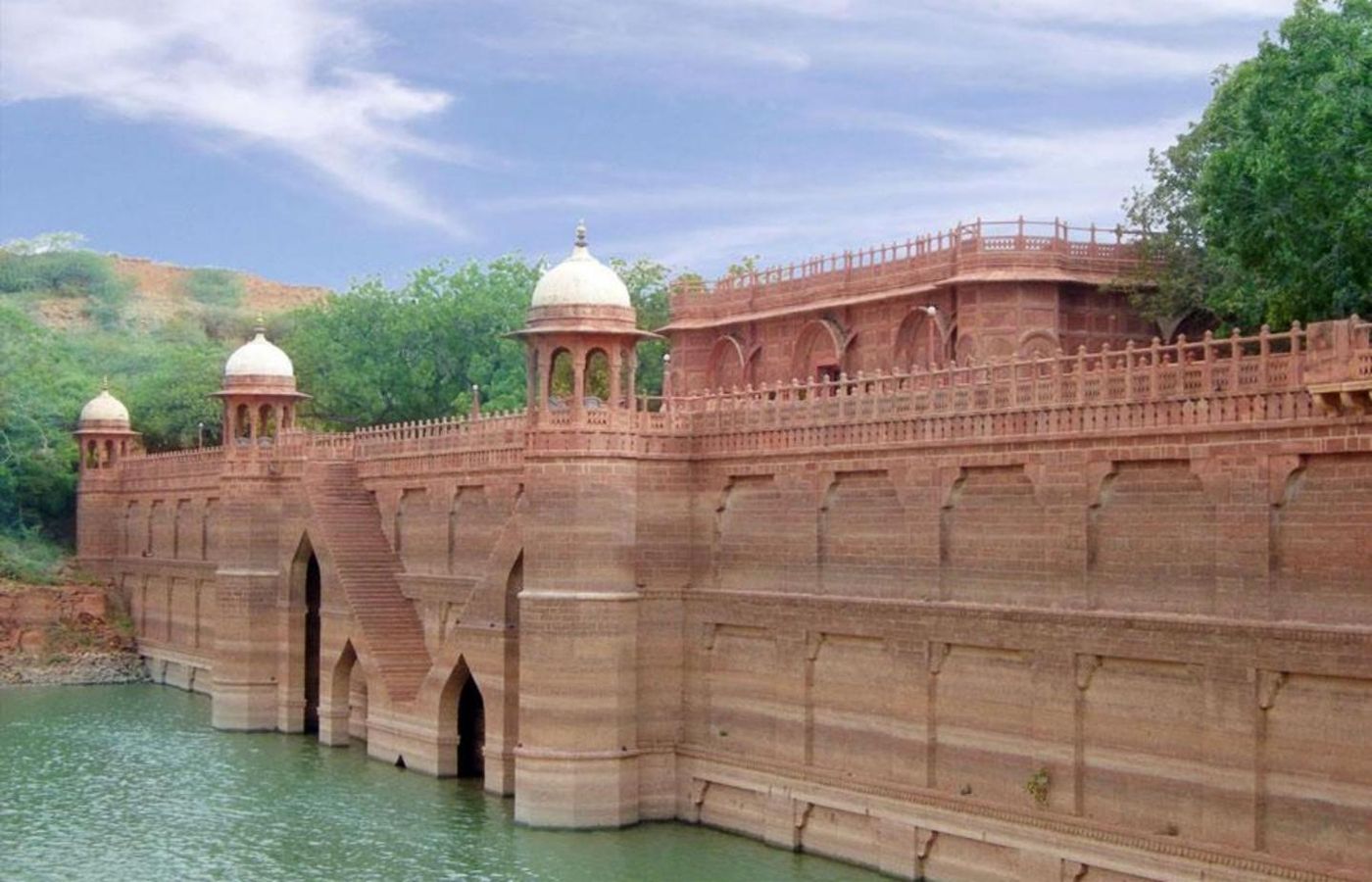 Balsamand Lake is about 5 kilometres from Jodhpur on the Jodhpur-Mandore Road. Built in 1159 AD, it was planned as a water reservoir to cater to Mandore. The Balsamand Lake Palace was built on its shore later as a summer palace. It is surrounded by lush green gardens that house groves of trees such as mango, papaya, pomegranate, guava and plum. Animals and birds like the jackal and peacock also call this place home. This lake is now a popular picnic spot with tourists and locals.